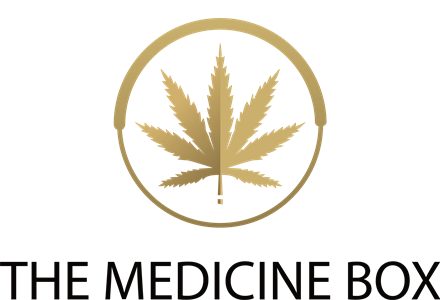 You must be at least 21 to enter this site
Yes, I am 21+ I'm not 21
Skip to content
Express Curb-Side Pick-up 7-days/week, 14h/day
Instagram Facebook-f

Welcome to
The Medicine Box

Welcome to
The Medicine Box

Tetrahydrocannabinol is the most widely recognized compound found in cannabis plants. Its popularity is due to its psychoactive effects that’s both its blessing and curse. Individuals flock to cannabis because they seek the mind and body numbing effects that THC gives. Alternatively, THC is the reason that the majority of countries in the world have classified it as a dangerous drug.

How THC affects the Body

THC has been classified as a psychoactive drug for centuries, but the internal interactions have gone unknown until the recent discovery of the endocannabinoid system. This system is found across various animals, including humans, and it’s found mainly in the brain and lungs.

THC has been studied to directly interact with the endocannabinoid system, particularly the CB1 receptor in the brain. Since THC is a psychoactive chemical, researches felt that it made sense that it specifically was tied to the mind.

When you consume cannabis (via smoking or digesting), the THC makes its way to the endocannabinoid system. The THC overwhelms the receptors and neurotransmitters that are responsible for motor function, memory, judgment, and a host of other functions. This is why after consuming cannabis, you’re likely to have altered perspectives, decreased reflexes, and heightened body sensations.

THC’s effects are wide-ranging, from increased creativity to a lack of motivation. It also has medicinal effects as well, from pain relief to decreasing anxiety.

Cannabidiol is one of the 113 compounds found in cannabis. It was discovered in the 1940s but was relatively unknown until the last decade. Legalization has pushed further research on CBD, which has increased the use cases for this therapeutic cannabinoid.

CBD differs from THC drastically, namely that it’s not a psychoactive compound. This means that when you consume a CBD-only product, you won’t feel the “high” feeling that’s produced from THC. This makes CBD products incredibly beneficial for those that do not wish to feel the psychoactive effects.

CBD has seen broader acceptance compared to THC because it’s mainly used to combat illness, disease, chronic pains, and more. Rather than a recreational drug, CBD is hailed as alternative medicine.

How CBD affects the Body

CBD effects your body differently than THC because it does not bind to either the CB1 or CB2 receptors directly. Rather, it’s been studied that CBD activates TRPV1 receptors that then indirectly affect the endocannabinoid system. TRPV1 receptors are associated with regulating temperature and pain within the body.

Although CBD does indirectly affect the CB1 receptor, it’s mainly recorded as interacting with the CB2 receptor which is responsible for diseases commonly found in humans. This is why CBD has been used in many research studies that alleviate symptoms from Alzheimer’s Disease, Crohn’s Disease, epilepsy, neurological disorders, seizures, and many others.

Which is Right For You?

This is a question that only you can answer and depends on your needs. If you’re looking for a recreational experience, THC-rich cannabis may be right for you. If you find yourself seeking relief from a myriad of symptoms, then CBD-rich cannabis is the answer. It’s important to discuss your needs with your local dispensary to receive more information to set your mind at ease.

The Medicine Box Cannabis Dispensary in Kanehsatake (Oka) carries a variety of products with THC and CBD in them. Some products have just CBD in them, while others have just THC in them. Be sure to ask your budtender for help when picking your products!

It’s not just about Cannabis, it’s about Life